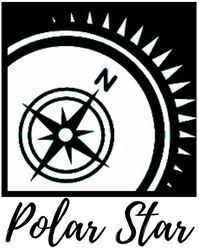 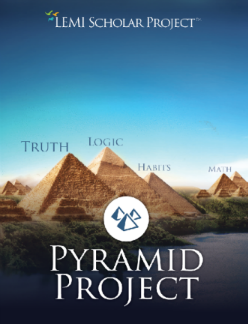 The best way to describe this project is to say that it teaches you how to think. The four corners of the pyramid represent Logic and Reasoning, Truth, Habits of a Scientist, and Newtonian Math (which is the math everyone learns to hate!). We are connecting math and science to the world around them and helping them to see the relevance so they have a reason to study it.

Developing the habit to log one’s study is emphasized as they learn to emulate Nathaniel Bowditch and his amazing self-education depicted in Carry on, Mr. Bowditch. An alternative to the scientific method, called the Inteligro method, is also taught while they learn how great scientists of all times learned to wonder, see patterns, and ask the right question.

Throughout the course there is a growth in the students’ ability to think logically and to measure things they encounter in the world against their core book (which may be scriptures or another book that the student looks to for truth). We even teach them how to find equations as they read the text!

Carry On, Mr. Bowditch by Jean Lee Latham (Due first day of class)

The Evolution of Calpurnia Tate by Jacqueline Kelly

The Phantom Tollbooth by Norton Juster

The Wright Brothers by Russell Freedman

Flatland by Edwin A. Abbott

The Magician's Nephew by C.S. Lewis